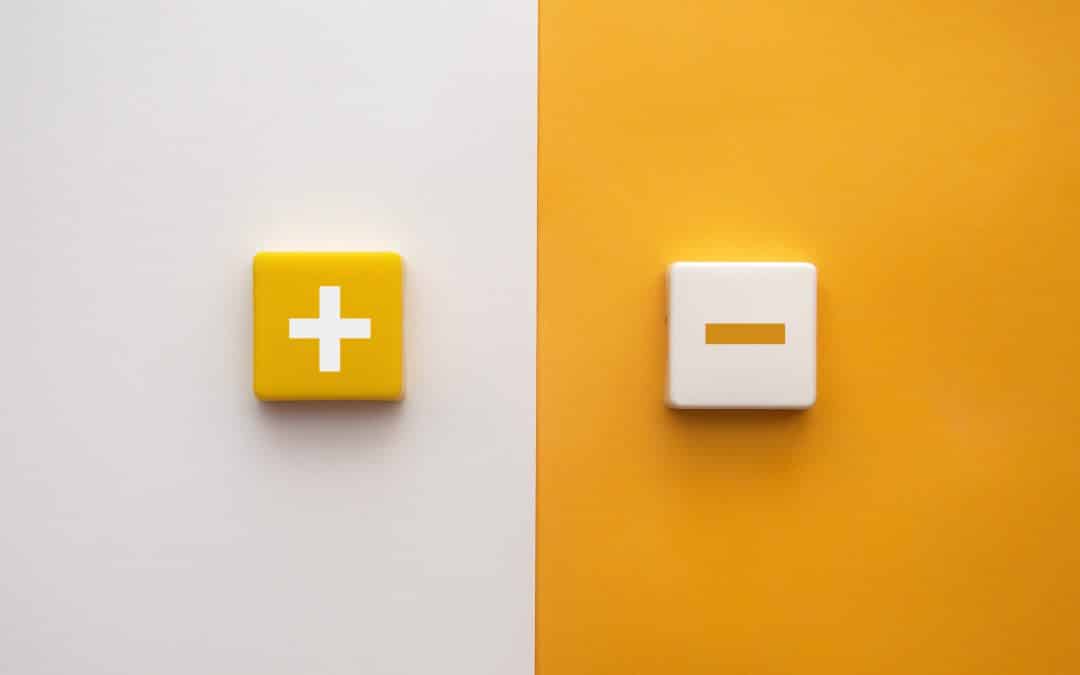 Here we have the German Negation, one of the most essential parts of the language, explained. Although it may seem easy to stick one extra word into a sentence to make it negative, the positioning of this word can be difficult to master. In fact, when you reach the more advanced levels of German, the correct positioning of each word becomes crucial.

If you want to refine your language that extra bit more and impress the locals with the correct German negation, carry on reading to learn a few tips and tricks about how to go it. We promise that these little tips will make you shine like a diamond!

The most important word for German Negation – ‘nicht’

If you aren’t sure about where to place nicht, your best bet is to send it all the way to the end of the clause. However, please make sure that no separable verb is at play! From a grammatical point-of-view, we can say that nicht is located at the end of the clause in the following constructions. 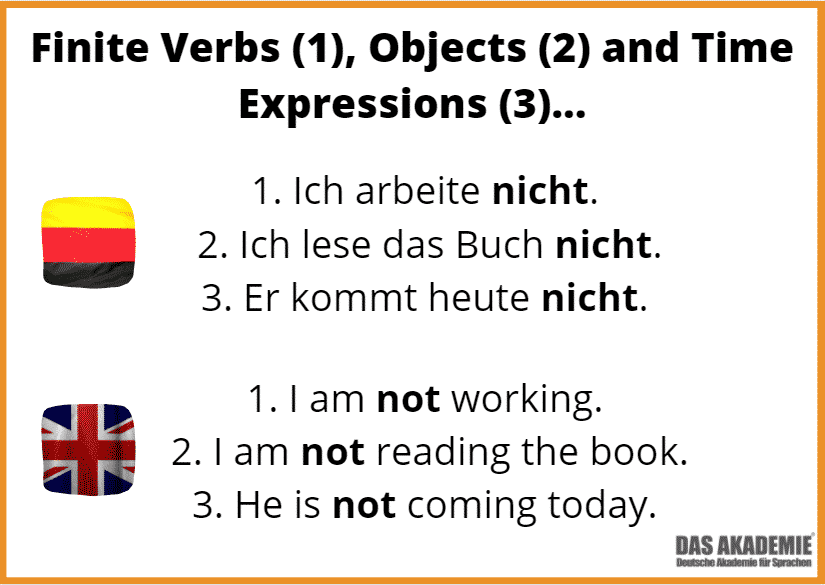 Additionally, past participles and separable verbs mean that nicht is positioned near the end of the sentence, but before the complete forms of the verbs themselves: 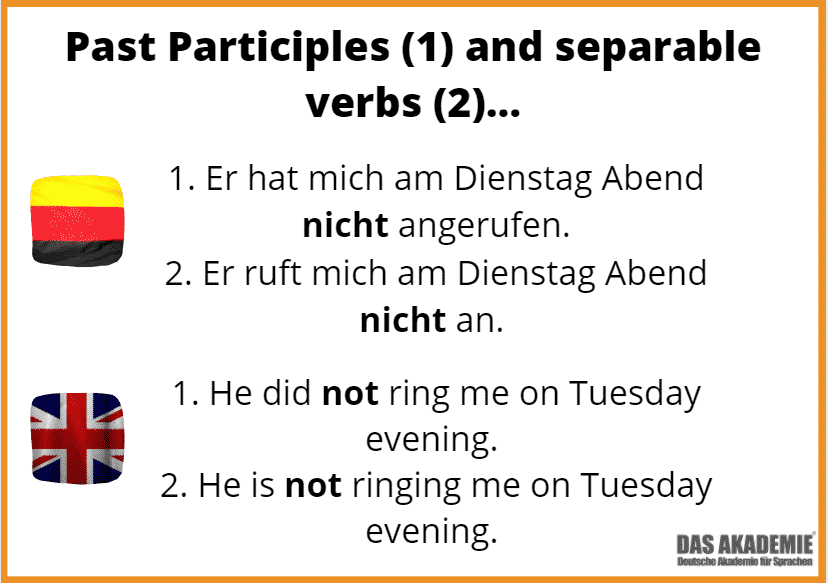 On the other hand, nicht comes before the following words and phrases: 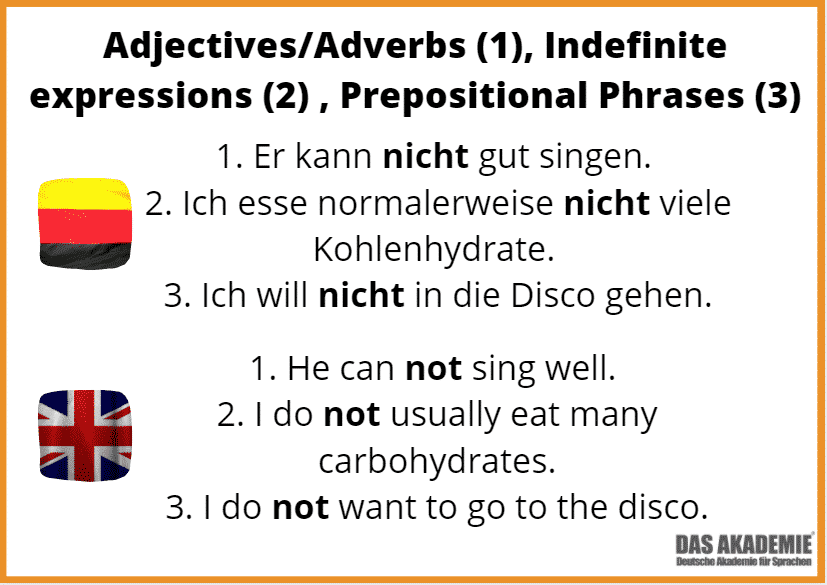 Finally, with regard to the word nicht, if you place it before a noun, it is grammatically correct, but means that more emphasis is placed on the noun it is describing:

So, there are the basics of how to work your way around German Negation using nicht.

How to negate in German using kein

Kein is used to negate indefinite nouns and sentences which have no article in front.

The process is easy, you would just take the indefinite article (ein, eine, einer, einen, einem or eines) and add the letter ’k’ to the front of it: 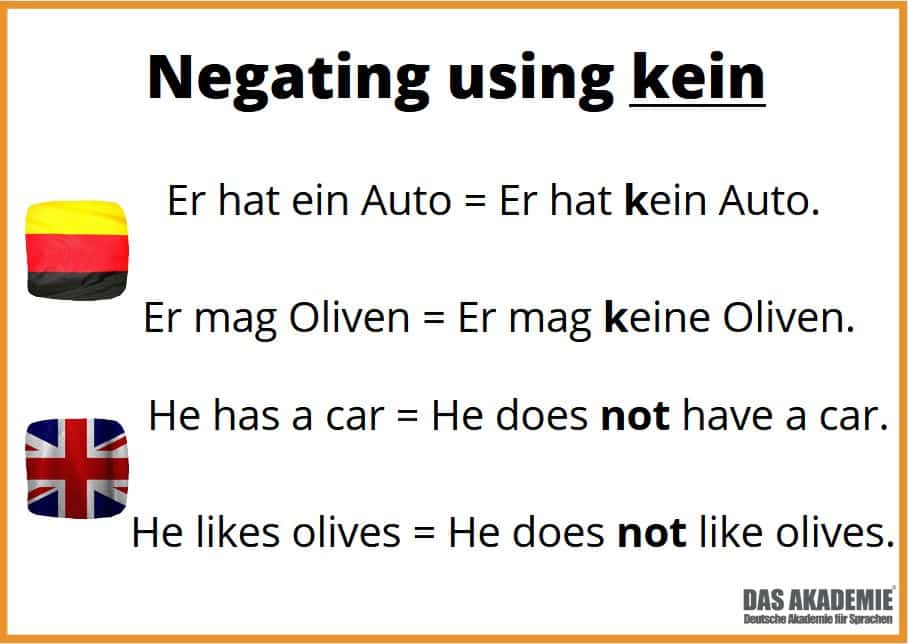 Remember that we do not use kein if the noun is preceded by the definite article (der, die, das, etc.).

The final thing to note is that we use nicht rather than kein for pronouns, which goes against the usual rule, here is a simple comparison: 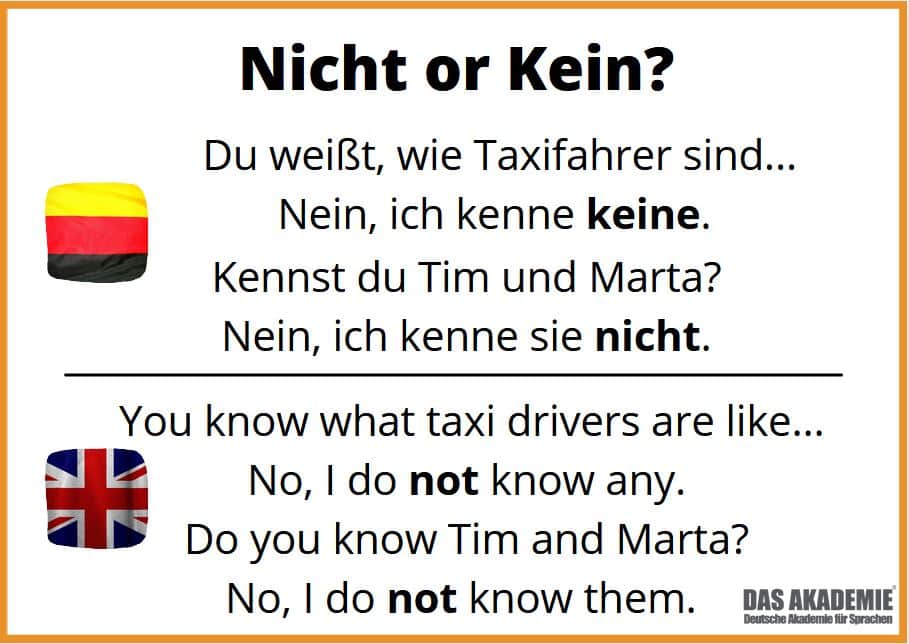 So, there you have it, all you need to know about German negation. If you practice these rules over and over, you will get used to this tricky little concept in no time! Needless to mention perhaps, you should still mind that saying no should always be done nicely. Even if the Germans are known to be more direct than the peoples of other rather indirect cultures, it is still best practice to decorate your sentences with “leider,” “bedauerlicherweise,” or “Tut mir leid, aber…” instead of saying “Nein, ich kann nicht” directly.

If you have exhausted this grammar topic and would like to learn something new, check out the rest of our grammar blogs!