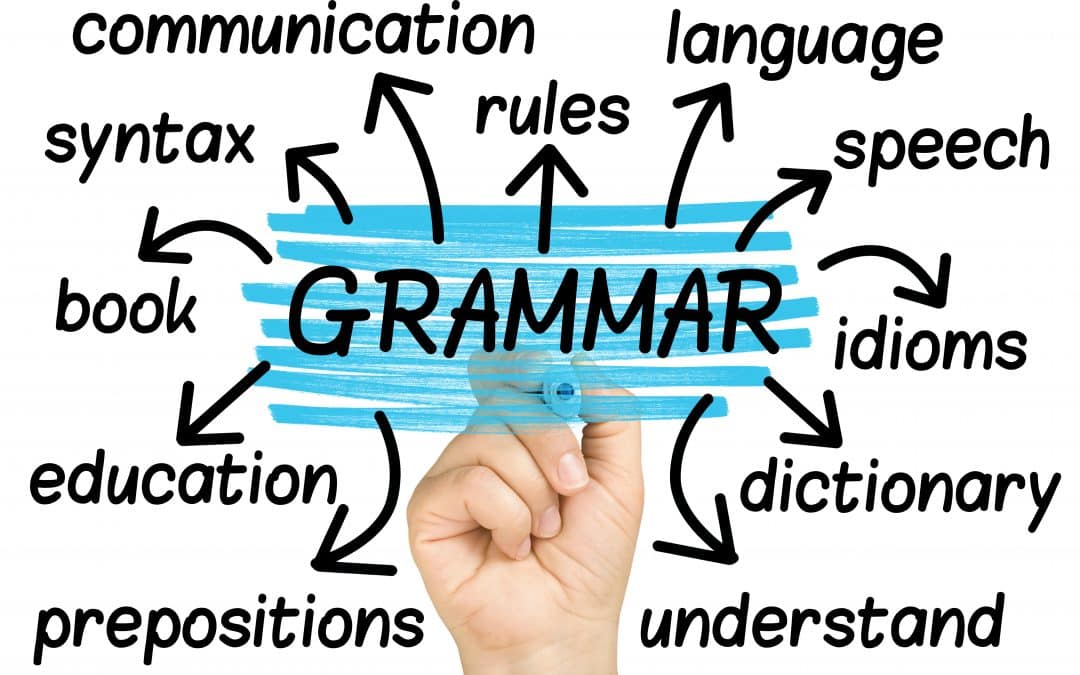 If you are familiar with language learning, you will know that German differs from many other languages in terms of grammar, especially when it comes to prepositions. Read this ultimate guide to pick up all the essentials! You can also find some useful strategies to make sure you know your way around these small, yet tricky words.

– A preposition is a word which connects two phrases together.

– All prepositions take different cases, most either the accusative or the dative case.

– For some prepositions, the case is determined by the context of the sentence.

In order to learn which prepositions take which cases, there are a few tips and tricks that you can learn. Usually, however, you are more likely to get used to prepositions and their difficult nature after lots of continuous practice.

There are eight common prepositions which take the accusative case. You can remember these by using the acronym DOGWUFBE: 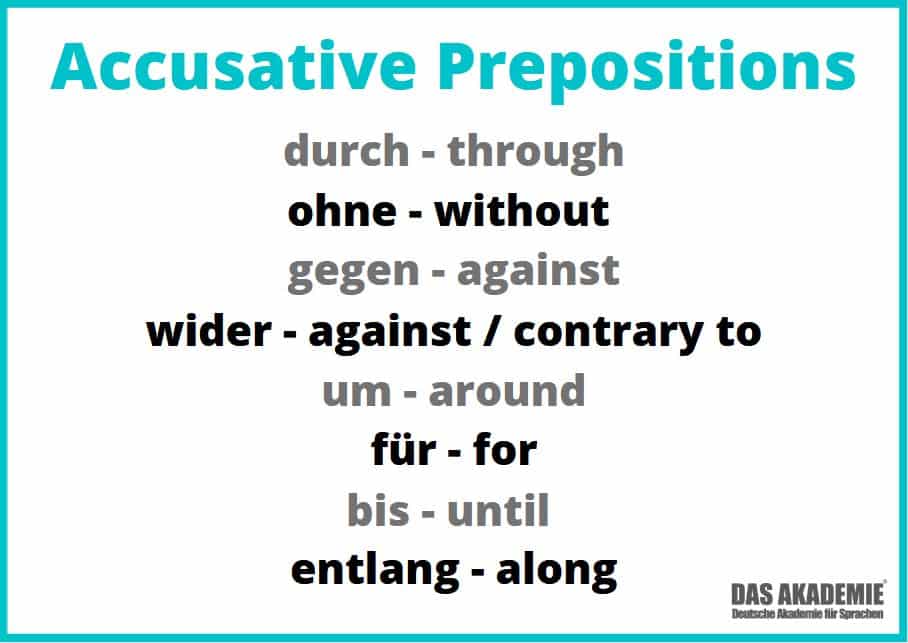 This means that if you are using these prepositions, you will need to change the noun which follows into the accusative case: 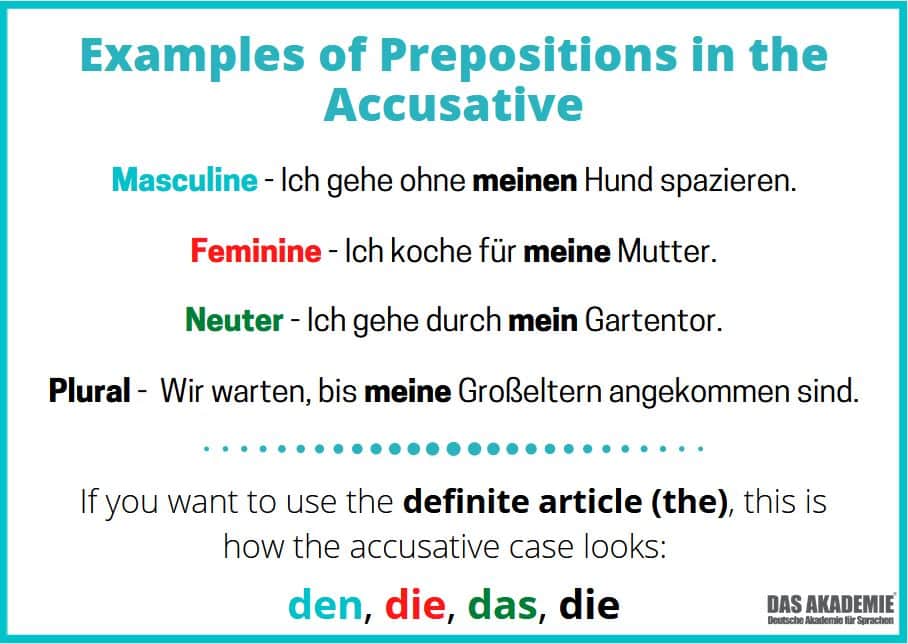 Prepositions which take the dative case are usually a bit harder to master, as the articles need to be changed more than they do for the accusative:
Here you see a table outlining all the article changes you will need, notice how the dative is slightly different: 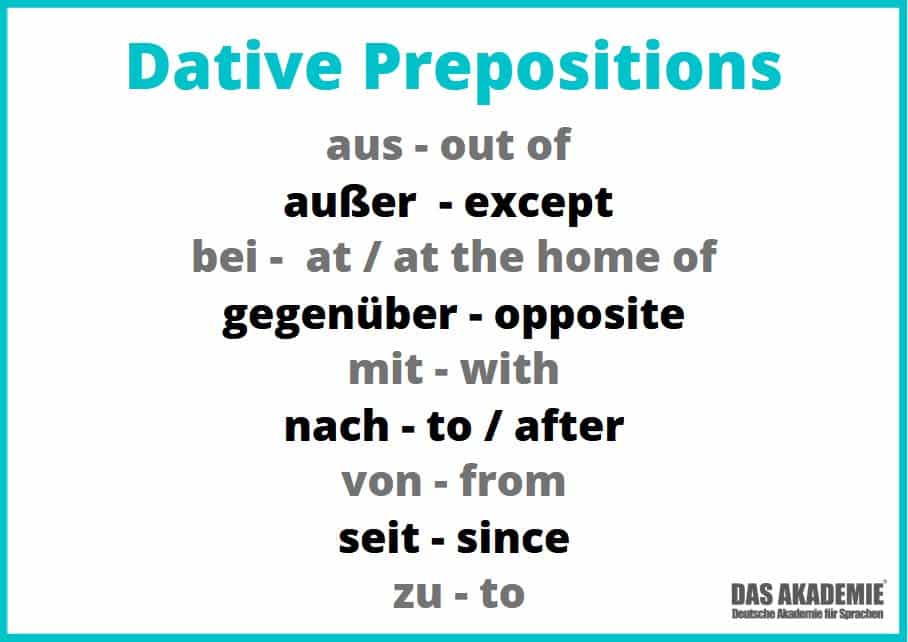 This means that if you are using any of these prepositions, you will need to change the noun whichfollows into the dative case. 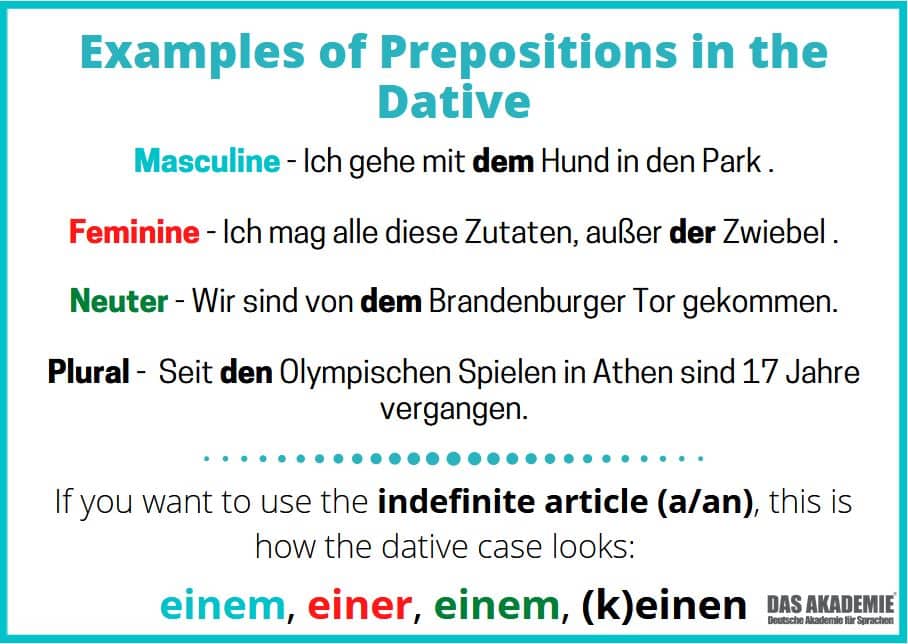 Prepositions which take the genitive case are not used as much as those which take the dative case, but it is still essential to know when and how to use them. 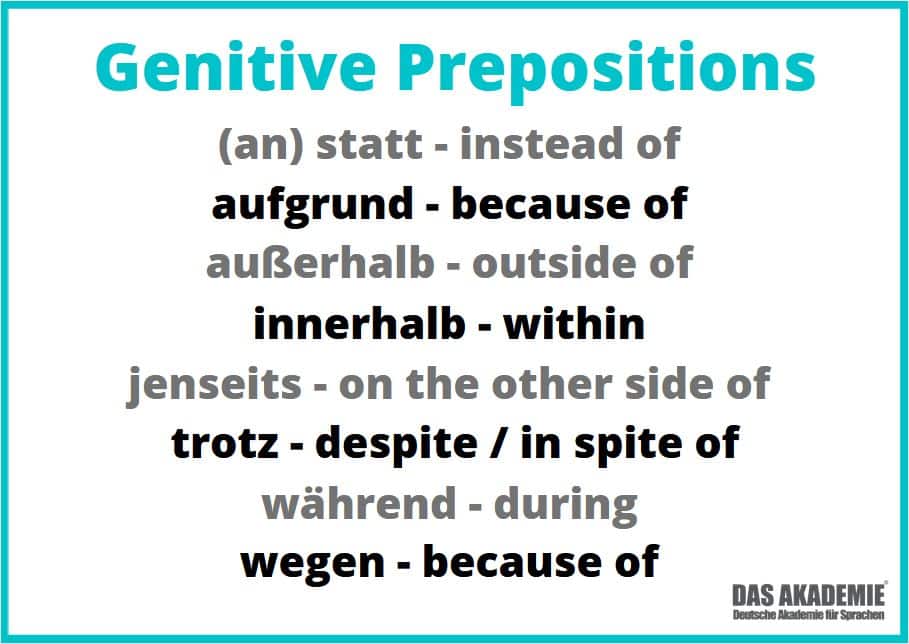 It may seem quite difficult to use these prepositions, because we must also make a small change to some nouns which follow.

If the noun is masculine or neuter, we must add the letter ‘s’ or ‘es’ onto the end.

To remember how to do this, you can follow a simple rule. The rule does not apply every time, but if you are ever unsure in an exam, it will mean you have a good chance of forming the noun correctly.

Take a look at the masculine and neuter examples below:

Prepositions which can take the dative OR the accusative case

If this preposition is referring to someone putting something onto something else (i.e. a movement is taking place), we use the accusative. However, if we are describing a noun, which is in a set location and is not moving, we use the dative. For example:

Accusative: Er stellt die Flasche auf den Boden – He is putting the bottle on the floor. (the bottle is being transported)

Dative: Die Flasche steht auf dem Boden – The bottle is on the floor. (the bottle is stationary)

Other prepositions which can take either the accusative or the dative case are:

an, hinter, in, neben, über, unter, vor and zwischen.

Here are some examples: 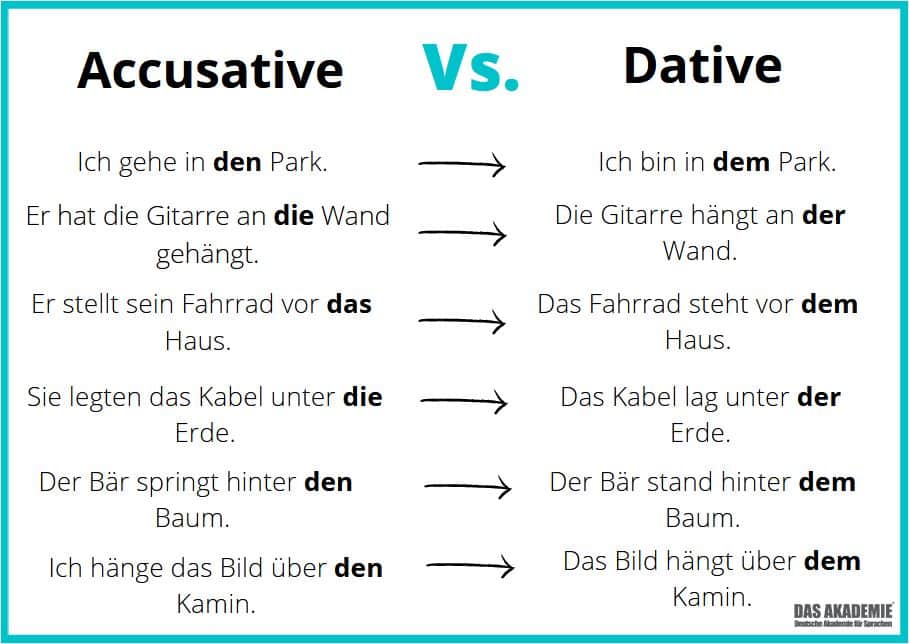 Merging prepositions with the article that follows them

This is the last thing you need to know:

In some cases, a set phrase causes the merge to be obligatory, for example expressing a date (an dem = am) or a month (in dem = im).

The most common prepositions which can be merged are an, bei, in, von and zu:

So, there we have it: Everything you need to know about prepositions and how to use them!

If you would like to know more about grammar subjects like prepositions and put them to use more often, check out our Intensive German Courses or Evening German Courses if you have a busy daytime schedule!