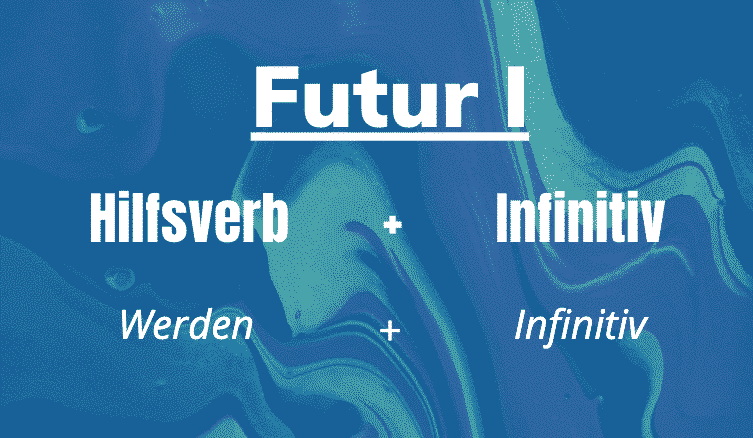 German Futur 1 is the German future tense, though it is rarely used to describe ones future intentions in spoken German. Really? Well, Yes and no. If you want to say “I will learn German next year”, you would say “Ich lerne nächstes Jahr Deutsch”. That’s right, if you want to describe simple future events, you should use the Präsens rather than the Futur 1. So, what does the future hold? In other words, when DO you use the German Futur 1?

Let’s take a look at the formation first. To form the Futur I, you need a conjugated Hilfsverb (auxiliary verb) and an infinitive at the end. The Hilfsverb is always “werden”. Werden is a strong verb, which means that the conjugation is irregular. In the figure below you can see how German Futur 1 is conjugated: 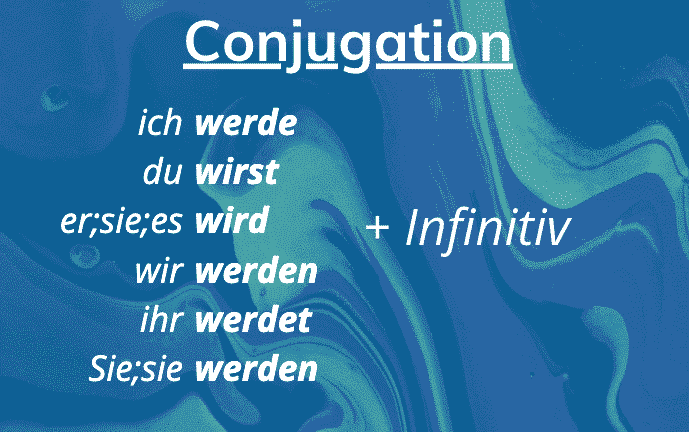 When do you use the German Futur 1?

First of all, you can use it to describe a future intention. As said in the beginning, this is not commonly used in spoken German, but it is not incorrect. By doing so, you merely put a stress on the action, which is not necessary in most situations. If it is an event does have significant consequences and is not to be overlooked, use German Futur 1. Another good context for this usage would be in storytelling, where the overall tone is slightly more dramatic.

The most common use of the German Futur 1 is to express assumptions in both the present and future. One way to make an assumption is to start your sentence with e.g. “Ich denke, dass” (I think that…) or “Ich nehme an, dass” (I assume that). This method is correct and slightly easier for a non-native speaker to formulate. There is, on the other hand, a classier way to express assumptions, namely with Futur 1. Take a look at the following formulations:

Where is your brother? I don’t know. I assume that he is home.

Where is your brother? I don’t know. I assume that he is home.

As you can see, you can use less words to express the same assumption in a more proficient way. Ultimately, the most important thing is for people understand you.

Now that you know the theory behind German Futur 1, all you need to do is to practice your skills. If you keep a diary, try writing a list of thing you are determined to do in the future. Read your list again in 2 days and the week after. There you have it, you will have mastered the Futur without even breaking a sweat. Alternately, you can take a few classes on level A2 where the topic of Futur 1 is covered in detail.

In an online German course with DAS Akademie, we make you speak German so that the knowledge is internalized through practice. You can contact us through the contact form and receive more information. The consultation and placement test is for free. What are you waiting for?